Fishermen Paid to Fish for Plastic, Not Fish

A news item on Plastics News ( I read it-doesn’t everybody?) announced that the European Union has developed a plan to pay fishing vessels hard cash for catching ocean going plastics instead of ocean bound fish. The EU Commissioner for fisheries, Maria Damanaki, will soon unveil the plan as an alternative income source for fishing fleets. 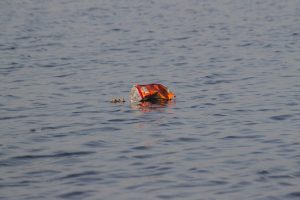 The plan attempts to do two things; first, to eliminate seaborne waste and keep it out of the growing gyres in our oceans, and secondly, to ease the anger and financial situation of the fishing community, which is facing a ban on discarding edible but low cash value fish found in their nets.

Fishing is a tough livelihood to start with, and most fleets have seen shifting and declining catches over the years. Why not catch plentiful plastics? You don’t have to keep them on ice or fillet them, either. The fishing for plastics program will be subsidized in the beginning, but the hope is that as people wake up to the value of discarded plastics, prices will rise and make the program self-sustaining. Hey, why not go for lucrative? There’s tremendous value in those plastics, whose durability is a source of environmental pain but could be a source of industrial value, as materials are recaptured and used time and again. Fishermen will fish for whatever is plentiful and pays a living wage. This is a creative endeavor on the part of the European Union to help keep their fishing fleets afloat and the oceans cleaner. Fisherman and governments world ‘round should take note.