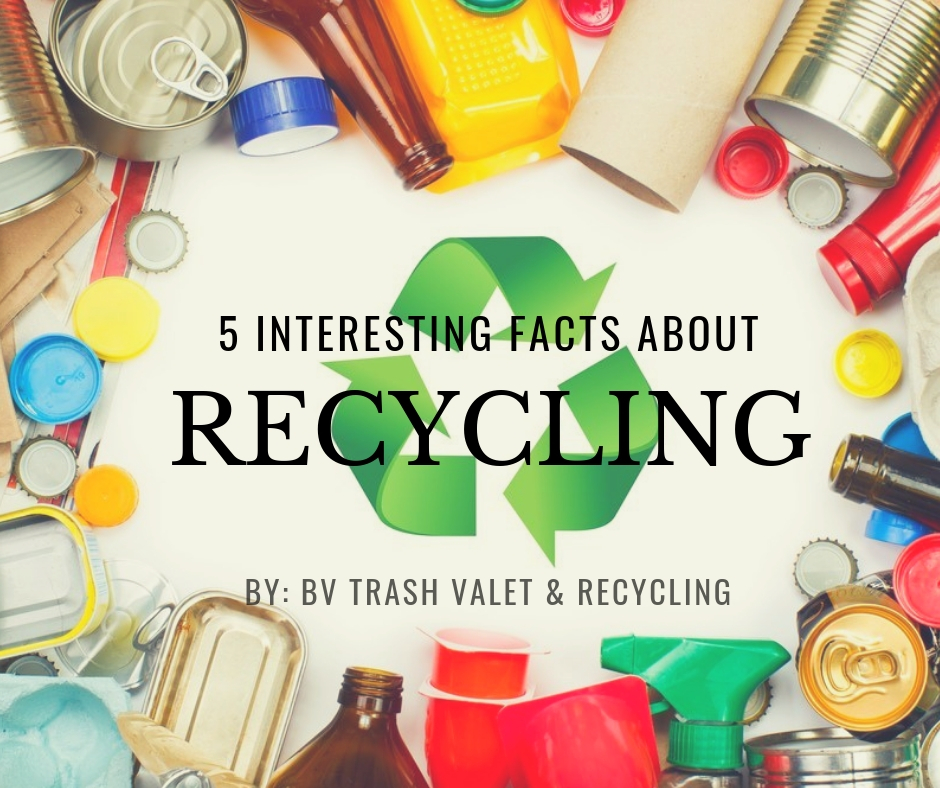 According to Recycling Across America, recycling is collapsing in the United States, despite the environmental crisis becoming more and more urgent. 25% of recycling plants from the largest recycling hauler have been closed, and over 1,000 recycling centers and processing plants have been closed in California alone. They attribute much of this problem to cross-contamination, garbage being thrown away in recycling bins. But at the heart of the problem, however, is a confusion about recycling and not enough solid information. So let’s set the record straight with some interesting and helpful facts about recycling.

Based on projections also provided by Recycling Across America, when recycling levels reach 75%, the impact on the environment will be equivalent to removing 55 million cars from the road in a year. Recycling levels here means the amount of recyclable materials that are, in fact, recycled. Unfortunately, the US has a long way to go. A Yale University Study funded by the EPA showed that our current recycling levels are 21.4%.

Want to hear some more 75% statistics about recycling? Recycling cardboard takes about 75% of the energy necessary to make new cardboard. That may not seem like much change on its own, but imagine if the majority of cardboard was recycled. If we cut down on 25% of the energy used to make cardboard completely, or even in large part, the difference would be significant.

The Weight of Cardboard

Roughly 100 billion cardboard boxes are produced every year in the US alone. They make up the packaging for your new online orders, moving boxes, and even packaging of items you pick up at the store. However, there is some hope there. 80% of retailers are now using recycled cardboard, and over 70% of corrugated cardboard (cardboard made with ridges and grooves) is ultimately recycled.

How much paper do you use every year? You may not keep track, but on average, Americans use about 680 pounds of paper per year per person. In fact, the average office worker uses 10,000 sheets of paper every year. What would happen if all of that was recycled? Well, apparently every ton of recycled paper adds up to the equivalent of 17 fully grown trees.

Another way to boost recycling in your community? Single stream recycling. This process allows more materials to be recycled than ever and keeps contamination down by collecting everything together and sorting it at the processing plant. That’s where Brazos Valley Trash Valet & Recycling can help with our complimentary single stream recycling services with your regular trash pick-up subscription. Contact us today for more information.