How to Make Your Pet Eco-Friendly 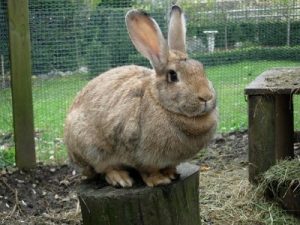 When you first think about it, it seems like animals would be ecologically friendly. They aren’t all friendly to the environment, though. For example, pigs in Australia are killing a lot of native animals. Domestic cats are also a problem in Australia. Why?  The native animals aren’t prepared for them. So, what about here in Bryan-College Station?

Pets can cause problems for your local ecosystem by producing waste and harming local wildlife. Let’s talk about ways to reduce these problems so you can have a green pet.

If your pet is a herbivore, like a rabbit, you can compost its droppings and they make great fertilizer. If their litter tray is also filled with compostable material, you can have a nice composting operation in your own back yard before you know it. You’ll be reducing waste because all of the material that would have been sent to the College Station landfill is now being put to use.

What about carnivores like cats and dogs or omnivores like pigs? That’s trickier. While there are some articles online about how to compost the waste of carnivores and omnivores, it’s not completely safe. Carnivores and omnivores can transmit disease by their waste. While it could technically be composted, you wouldn’t be able to touch the compost with your hands or use if for food crops. It would be strictly for ornamental plants.

The problem with using compost that has to be restricted to ornamental plants and that can’t be touched by hand is that you may want to plant herbs or a vegetable in that flower garden one year. If you do, you risk illness. Also, many of us gardeners end up getting our hands a little dirty. Dirt is one thing, but waste is another. Herbivores are far less likely to transmit disease in their waste. Unlike carnivores and omnivores that transmit diseases and parasites. You would have to be meticulous about your cleaning practices and wear gloves when handling the dirt in your garden. For many people, it’s not worth the risk.

One issue with dogs, in particular, is that if you let them swim in local waterways they can increase the fecal contamination in that water. Make sure that you only let your dog swim in areas allowed by your local government. Some cities have restrictions on where your pet can swim.

Cats are notorious for hunting down small animals. That’s why some of us keep them, we don’t like mice. However, your local bird population could do without another predator. Especially one that kills for entertainment like housecats. I collar with a bell might be a good idea to stop the killing. You could also try keeping them inside a little more.

Some dogs also hunt. This can be dangerous for your pet. They risk injury from animals that would prefer not to be hunted. Keep your dog contained so it can stay safe.

Like humans, it’s hard for a pet to be completely green. We put them in an environment that isn’t ready for them. Still, we can take steps to make them more eco-friendly. Yes, some of their waste will have to go out with your residential trash pickup, but that’s better than letting it pollute our water.