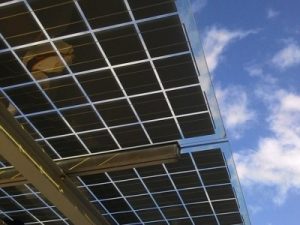 Making green energy affordable and scalable is going to be one of the most important topics of the next century. Fossil fuels will run out – it’s only a matter of time – and we need to be prepared for that eventuality when it happens.

How do we make green energy affordable? Let’s take a look at the primary challenges, possible solutions and what you personally can do to help.

The primary challenge of green energy is its cost. At the moment, energy invested into green sources yields a return that’s anywhere between three to ten times more expensive than fossil fuels.

That’s why there’s so much more money to be made in fossil fuels than green energy. The return on capital is much higher.

In order for wind and solar power to be competitive, there needs to be significant breakthroughs in battery technology, both in price and in storage capabilities.

==> Working Towards a Solution

How does one overcome these challenges?

Green energy venture capitalist Vinod Khosla has looked at the issue as a matter of experimentation.

In order to make green energy scalable, a new technology that’s as profitable (or close to as profitable) as fossil fuels and coal needs to be discovered.

As long as green energy is only profitable when subsidized by governments, it won’t take off to the scale of fossil fuels. The reason fossil fuels is such a huge industry is because so much money can be poured into it profitably. In order for green energy to get the same amount of investment, it needs to offer the same level of profitability.

Khosla views getting green energy to that level as a matter of stepping up to the plate and doing as many ambitious experiments as possible.

The assumption is that nine out of ten experiments will fail and only one will succeed. But the one that succeeds can have a big impact on the planet.

==> What Can You Personally Do?

Chances are, you’re not a banker or scientist who’s actively working in the green energy industry. How can you personally help progress our future?

There are a couple things you can do.

Another thing you can do is to vote with your wallet. Buy energy-saving light bulbs, invest in home solar panels and buy a hybrid car rather than a gas guzzler.

Getting our planet to a green future doesn’t happen overnight. It’ll take major breakthroughs, but it’ll also take a collective effort on all of our parts.