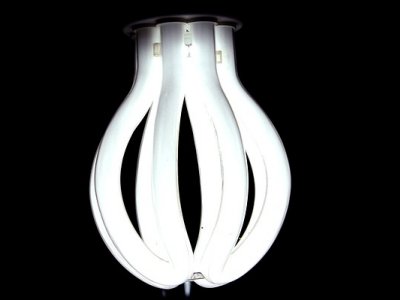 Did you know that lighting costs account for about 25% of the average American’s energy bill? That cost, when multiplied over a year, becomes an astronomical figure.

CFL and LED light bulbs have helped change that. Using energy saving technology, you can reduce your energy bill by 1/3rd to 1/25th of your original lighting costs.

Though LED lights used to be incredibly expensive, breakthroughs over the last few years have brought their cost down dramatically. Today, they’re a better value than both CFL and everyday light bulbs.

Here are some of the many benefits of energy-efficient LEDs.

Heat energy is dissipated from an average light bulb. That heat energy uses up electricity to generate itself, energy that you’re paying for.

In addition, many Americans then have to spend even more electricity to cool their homes in part because of the heat generated from light bulbs.

LEDs on the other hand generate almost no heat – twenty times less than a standard light bulb.

A regular light bulb works by heating up a filament in an oxygen-free environment. Unfortunately, the light bulb dies when the filament burns out.

An LED light on the other hand has no filament. As a result, they last much longer.

A good LED light can last as much as ten times longer than the average light bulb.

The standard light bulb costs five to ten times more in energy than its upfront costs.

An LED light on the other hand costs more upfront, but conserves a lot more energy in the long run.

In terms of total dollars invested over its lifetime, LED lights are better value than standard light bulbs and CFL light bulbs.

==> Better for the Environment

Standard light bulbs are terrible for the environment because mercury is used in the manufacturing process.

The chemical waste problem is compounded by the sheer volume of light bulbs that need to be produced.

Because standard light bulbs burn out so often and need to be replaced, the waste the standard household produces is astronomical.

LED lights are much better for the environment, because no mercury is used in the production process. You also need to replace them much less often, which means less waste.

These are some of the many benefits of energy-efficient LEDs. Replacing the light bulbs in your home is as easy as noting the wattage and going down to your local hardware store to buy LED lights.

There are quite a few choices you can choose from. You can get diffused bulbs, which take the concentrated light and turn it into a more spread out kind of light. You can get high power diffused, which are similar to 100 watt standard bulbs. You can also get them in track lighting, spotlight and floodlight forms.